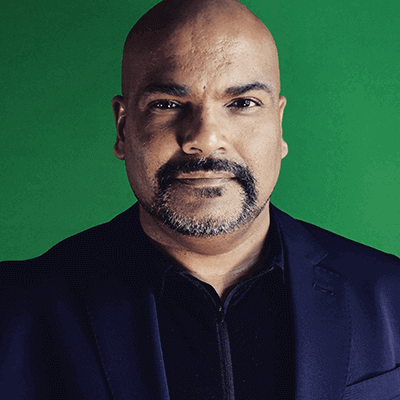 Hanson Hosein is an Emmy Award-winning storyteller and educator. He's been recognized as Seattle's "Most Influential" for his public engagement with the region's leaders on-camera and on-stage. Hanson is the co-founder of the Communication Leadership graduate program at the University of Washington (UW), and the head of HRH Media Group -- a media strategy firm. He's an early practitioner of multimedia and organizational storytelling with an emphasis on trust, documented in his book, "Storyteller Uprising: Trust & Persuasion in the Digital Age." Hanson is a former NBC News journalist, a solo TV war correspondent and a documentary director whose "Independent America" films have been streamed and broadcast worldwide. Presently, Hanson is focused on the confluence of leadership, learning and innovation through MIRA! -- Mobilize Innovation, Reimagine Agency as well as a new UW for-credit certificate program  He has degrees from McGill and Columbia universities, and the University of Paris.